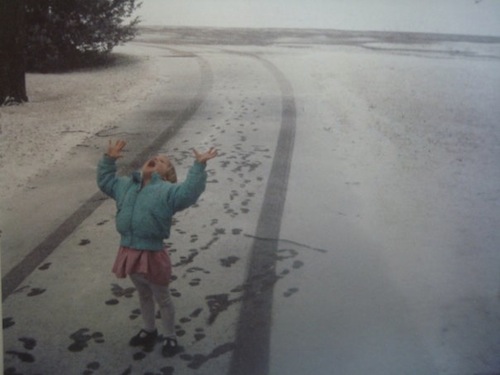 I have a friend who mercilessly stalks speaker / ethicist / public figure Gideon Strauss. In her defense, Strauss–the former president of the Center for Public Justice–is an awesomely worthwhile guy to stalk, at least in the sense of following his Twitter and attending all his speaking engagements. But my friend–though totally harmless–always takes her obsessions one or two notches beyond the norm. In this case, she managed to hunt down his teenage daughters’ Youtube channel (!) where they were posting songs they had written with their friends and were performing in their living room. We’re talking videos with like 13 views.

That was four years ago, but apparently Hannah Strauss is still writing songs, and they’re awesome. As Northernists, she and bandmate Cole Gleason have crafted a really fascinating EP mixing chamber-folk with beautifully subtle lo-fi production. Joanna Newsom, Karen Peris and Josephine Foster all seem to be influences here, but Strauss has her own unique voice and songwriting style. I was especially struck by “Song for Simeon,” which combines plucked harp and bowed violin with a sweet, loping melody, until toothy electric guitar, kitchen percussion and disembodied vocal samples come in halfway through. The lyrics combine some beautiful imagery (“see the age in you / like a tree in an acorn”) with hymn lyrics (“God be with you / ’til we meet again”) and seem to ruminate on loss. It’s strangely unsettling, and I’m excited to unpack it more on further listens.

Download the album at their Bandcamp. And if you like it, pay them some dang money for it!